Brexit or not brexit, this is the Question

The deteriorating relationship between the United Kingdom (UK) and the rest of the EU, including the prospect of a referendum on EU membership, would have dominated the Union’s agenda had it not been for the economic/financial crisis, followed by the external crisis which we are now facing in the East. Precisely because of these crises, it is now time for the incoming European Commission to take the bull by the horns and ensure that the EU can move on from a potential referendum and its possible outcomes.

Brexit or not? Time for the EU to move

The June European Council noted that “the UK raised some concerns related to the future development of the EU. These concerns will need to be addressed. In this context, the European Council noted that the concept of ever closer union allows for different paths of integration for different countries, allowing those that want to deepen integration to move ahead, while respecting the wish of those who do not want to deepen any further.” While the EU has, arguably, successfully developed at different speeds for decades, to address the UK’s (fundamental) concerns, it is now time to work out whether and how the UK can be accommodated, and what this would mean in practice.

UK membership is desirable but not at any price, so the aim should be to keep the UK in, while also ensuring that the principles on which the EU is built are protected. There will need to be a modus operandi which enables the EU and in particular, the Eurozone, to continue to make progress in addressing the shortcomings of European integration and European Monetary Union (EMU) in particular, while at the same time offering a reform package that can satisfy the UK. This does not necessarily mean that all EMU reforms have to be within the EU framework: additional intergovernmental arrangements could also be a possibility. However, this could add to the complexity and inefficiency of the system, as well as sidelining the supranational element of EU governance which will be needed to make EMU function.

In case of an in-out referendum which might come as early as 2017, a deal with the UK will be needed and the Commission should start by drawing up a possible package, which still respects the fundamental values of the EU. Admittedly, this is difficult as the UK has not been very forthcoming on what exactly the desired reforms are, especially since, in many areas, the UK already has special arrangements and flexibility, be it the Euro; the UK rebate; or the UK’s involvement in EU police and criminal law measures adopted before the Treaty of Lisbon, where the UK has decided to exercise a block opt-out but has indicated its intention to opt back in for some specific measures. 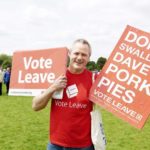 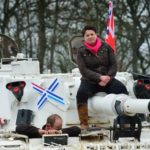 Activate the G1 Socials plugin to use the Instagram module.

Back to Top
Close Create

Your password reset link appears to be invalid or expired.